The Help I Needed All Along: Ruben’s Story 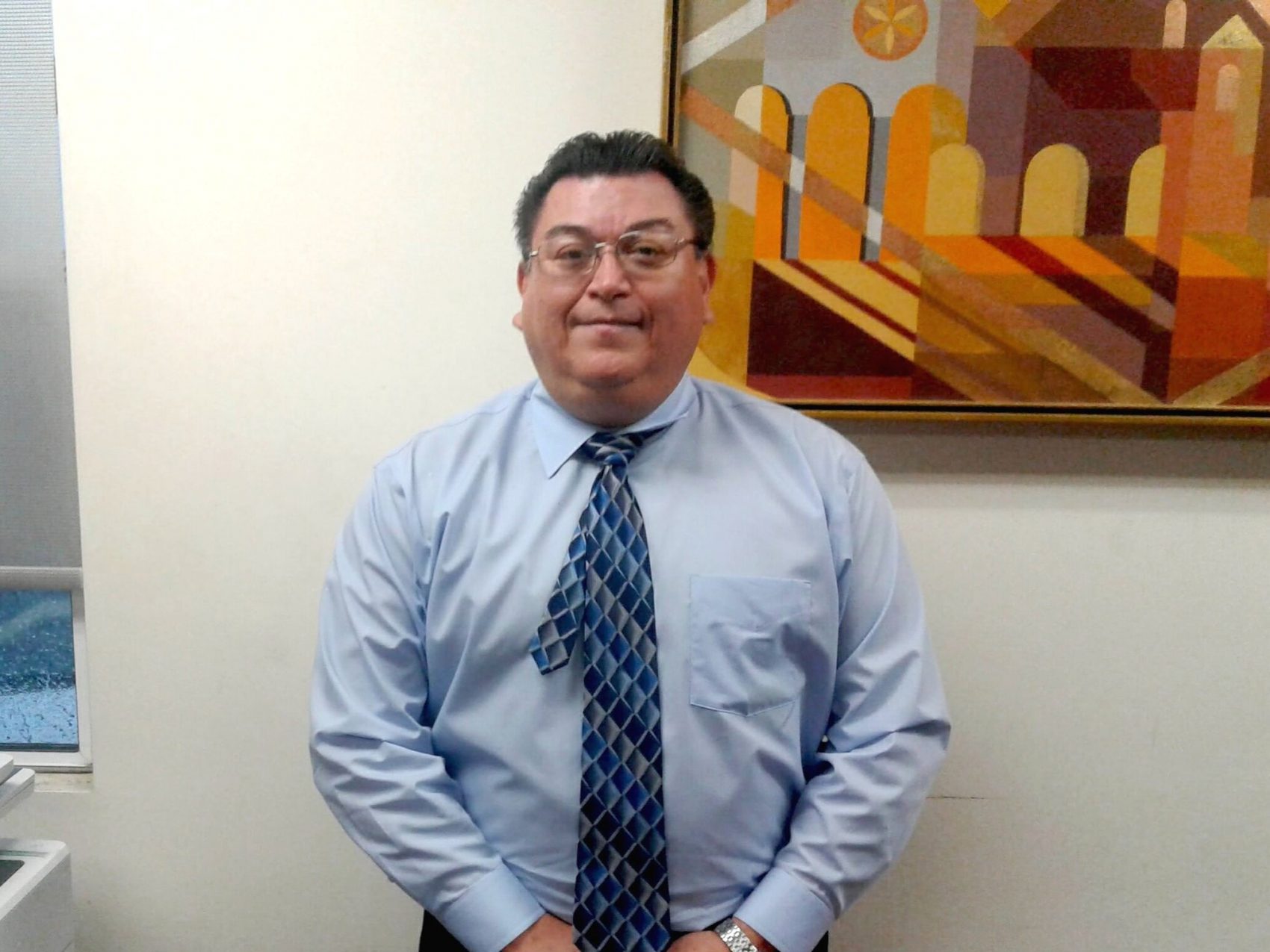 I spent a month in a hotel drinking and doing any drugs I could get my hands on before reality set in. Tomorrow was just hours away and, for the first time in my life, I would be homeless.

I lost everything: my job, my family, my faith, and myself. The days and nights that passed in that hotel room masked how dire the circumstances were. My money had run out and I became so secluded, so desperate, that I was contemplating suicide. I can still remember the night I spent on my hands and knees, crying:

“God, please help me. I don’t know what to do. Please, forgive me. Please, save my life.”

On the surface, my troubles stemmed from my actions. I was an angry person, both calmed and refueled by drugs and alcohol. Nobody—not even I— had ever looked deeper into my past until I came to Catholic Charities. It was my caseworker at La Posada Men’s Shelter who realized that I needed intensive help from a professional.

Looking back, it makes sense how I became isolated. How could I love others when I did not love myself? How could I trust anyone? I had experienced a traumatic event as a child that shattered my trust in anyone before I was able to understand what the word truly meant. I had been going through the motions of living, essentially winging it through life. When my whole world began to unravel, I did, too.

Checking myself into a homeless shelter is one of the toughest decisions I ever made. It is facing your reality head-on. It is very emotional, especially as a man. You’re expected to always be strong. Always provide. Always figure it out. It didn’t matter. I had spent a week on the street. I had been cold, scared, hungry, humiliated and was desperate. The first feeling that overwhelmed me when I walked into La Posada was relief. They took me as I was and listened to me. They showed compassion when I broke down and provided me with the strength to get up.

“Checking myself into a homeless shelter is one of the toughest decisions I ever made. It is facing your reality head on. It is very emotional, especially as a man. You’re expected to always be strong.”

I became clean and sober the day I was accepted into the shelter. I thought this was going to be a fresh start, but the following weeks brought fear, pain and loneliness. When you’re suddenly off drugs and sleeping in a room full of strangers, bed next to bed with maybe a foot in between, you become scared and paranoid. Many of those first nights were sleepless. They would have also been bed-less, food-less, and likely drug-ridden if not for the shelter and services I received from Catholic Charities.

My caseworker was the one who pre-diagnosed my conditions and recommended I see a therapist. The entire staff became my support system, along with many of the other men who were on the same journey as myself. After countless days beating myself up over and over again for losing control of my life, I felt an awakening of hope and resilience. My faith and dignity were slowly being restored. I started helping out with chores around the shelter, mainly in the kitchen because I had previously worked as a general manager in food service. For the first time in years, I felt wanted—even needed.

Soon, I was moving in a positive direction as my despair was fading away so was the weight of being a failure; failing at life, failing at being a man and failing to believe there was anything good left in me. Within 18 months, La Posada helped me find housing. In November 2018, I was hired as a staff member at the shelter. It sounds like it happened fast, and it did. But every single day required effort, commitment and accountability.

I am proud of how far I’ve come, and I have Catholic Charities to thank. The opportunity to dedicate my life to helping others is not just a job; it is my calling. When I’m assisting the men at La Posada, I see every emotion in their eyes. I know when they’re feeling broken and when they’re feeling hopeful. I hear their stories and share mine. We relate on such a deep level; the men can see the scars I carry but they also see that those scars do not define me.

“I am proud of how far I’ve come, and I have Catholic Charities to thank. The opportunity to dedicate my life to helping others is not just a job; it is my calling.”

La Posada opened my eyes to what I needed to do in order to get my life back. They not only showed me, but they helped me get there. I am beyond grateful for everything I am blessed with today, especially my role here. When I come to work, I know I’m doing something meaningful for those in need and for our community as a whole. It’s deeply fulfilling to serve others at the same place in their lives—literally and figuratively—where I was when I finally received the help I didn’t know I needed yet. It was the help I needed all along.

Ruben’s story illustrates just how vital it is to find a safe a supportive community while experiencing homelessness. We ask that you give a gift today that empowers those we serve to achieve their full potential.