We will feed every single person who comes to us for food.

Delivering on this bold promise at the height of the pandemic required more than conventional thinking. Even imagining—much less organizing, implementing and managing—such a large-scale initiative called for a transformative model powered by the kindness and compassion of volunteers who would put themselves and their families at risk to serve others.

Alongside the virus, food scarcity brought a second pandemic of hunger. Feeding America estimated that 45 million people, including 15 million children, may have experienced food insecurity in 2020. In San Diego and Imperial counties, as the need multiplied almost overnight, so did Catholic Charities’ response.

When a semi-truck pulled into the parking lot at Cathedral Catholic High School in San Diego, Jim realized how serious the situation had become. He and fellow volunteers helped unload 25,000 pounds of food in a single day. They then took assignments for delivery routes throughout the county as part of Catholic Charities’ newly formed Emergency Food Distribution Network Plus (EFDN+). A parallel EFDN+ operation was happening simultaneously in neighboring Imperial County.

Jim’s Monday route took him from North County to the border and back—over 100 miles in a day—with stops at three markets and three parishes. He loaded and unloaded roughly 500 pounds of food each shift using a van supplied by Catholic Charities.

Craig, who has been volunteering with Catholic Charities for over five years, picked up a separately loaded van on Fridays at Catholic Charities’ La Posada homeless men’s shelter in Carlsbad. Craig’s route included some of San Diego’s neighborhoods that were hardest hit by hunger and sickness, including Bonita and Logan Heights.

In a matter of weeks, with the pandemic and poverty worsening, Catholic Charities grew EFDN+ to encompass 21 pantries in partnership with parishes and food banks, distributing 25,000 pounds of food per week. Previously, there was one pantry.

As the program expanded, the operations became more sophisticated. Beyond canned goods and commodities, the deliveries began to include fresh food, solving longstanding logistics challenges in the face of a public health crisis with serious equipment and an entire fleet in motion.

“Catholic Charities identified the basic human need and drew up a program to deliver a solution,” Jim said. “Seeing that level of leadership made it easy to take the leap of faith—mask, gloves and all—and carry a sense of stewardship and ownership while volunteering during COVID.”

Jim and Craig have been friends for 15 years through church and volunteer roles for various causes. They continue to volunteer with Catholic Charities and its EFDN+ program because they can see the effects of their work immediately.

“It not only nourishes the people getting the food, but also inspires others including us as volunteers,” Craig said. “Everyone knows they’re doing something important.”

While Jim and Craig offer their time and talent, they also recognize those who give their treasure in the form of donations that make EFDN+ financially sustainable. They are both longtime donors who saw the opportunity to volunteer in retirement.

“We can all be good stewards of the gifts we’re given, and you can feel confident and comfortable donating to Catholic Charities because you will see the impact right here in the community,” Craig said. “I used to check a box for a specific program when donating, but now I leave it blank. I believe in the leadership’s ability to allocate where it’s needed.”

Since March 2020, Catholic Charities Diocese of San Diego (CCDSD) has coordinated the distribution of 1.9 million+ pounds of food, making CCDSD the largest partner to food banks. We were able to quickly organize a connected food distribution network because we had envisioned one all along. The pandemic simply accelerated the need, and in turn, the launch, with the help of 1,200+ plus volunteers over a span of 23,000+ hours.

“Food insecurity is still happening,” Jim said. “With supply chains being disrupted and public assistance limited, neither the coronavirus pandemic nor the hunger pandemic is over.”

Indeed, Feeding America’s data indicates what Jim sees on the ground today. The organization projected that 42 million people, including 13 million children, would experience food insecurity in 2021—slightly lower but essentially identical numbers to the urgent situation in 2020.

Even when the pandemic does fully recede, the need will still be present. With the help of our volunteers and donors, EFDN+ will be, too. Watch how it unfolded and donate today to help ensure the future of reliable, connected food distribution in San Diego and Imperial counties. Watch Here. 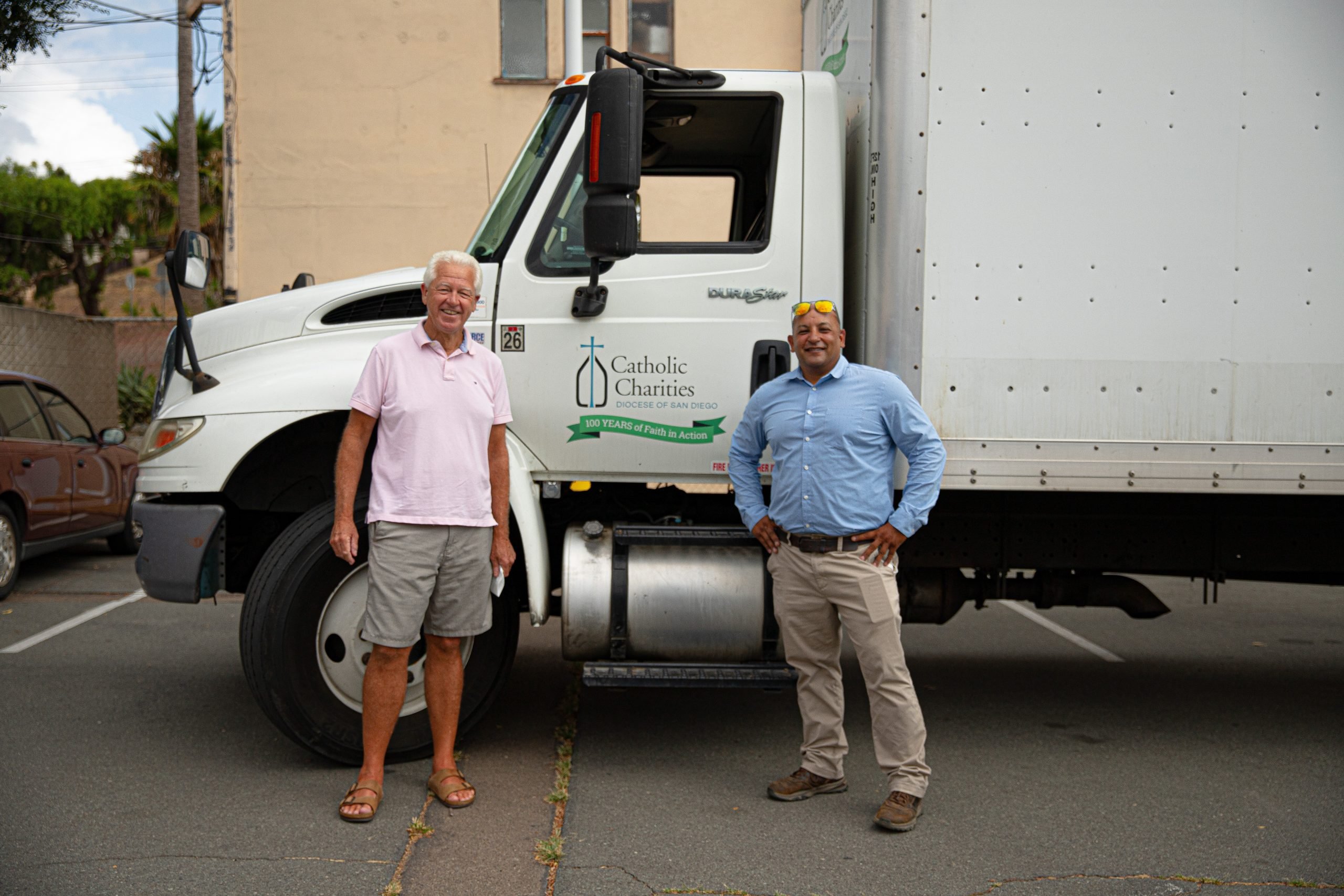