As you are sitting around this holiday weekend, things unfortunately look a lot different with families not traveling to be together, the weight of the pandemic still heavy on all of us. Think back to last year, before any of us knew what COVID-19 was before social distancing was a common phrase. Back to when your family was gathering and celebrating together. Now, while you are smiling and reminiscing about last year, I ask you to put yourself in Bianca’s shoes.

It is two days before Thanksgiving, everyone is working to tie up loose ends before the long weekend of food and family gatherings, there is excitement in the air and people around the office are smiling, giddy as the final hours are counted down.

Now, you are Bianca, sitting at your desk, your hand trembling, holding a pink slip. How did this happen? Work was going well, no complaints, no issues. The past year you have been working hard, working overtime being a team player. Now the reality sets in, with the downsizing, the newer employees were the first to go.

With Christmas just a few weeks away, employers were not interviewing until the new year, bills were piling up and Bianca was trying to keep the holidays magical for her six children. The presents in 2019 were creative, small gifts under $10 that is what she and her boyfriend could afford. Walking the aisles, looking for any deal or something special Bianca had a great idea! Each child received a pillow and special pillowcase, this gift would end up being the best present for their children to receive. That pillow would be their security in the coming months as hotels and unfamiliar shelters would be their reality. Bianca believed that every night they would fall asleep on something familiar, something that was theirs, something that would help them feel safe and loved.

It is now 2020, the start of a new year and new decade. Bianca is seriously struggling to find a job. She is applying everywhere. Many companies commend her educational background and experience, but no one extends an offer. Some even tell her that her master’s degree in engineering is not quite the right background because they are looking specifically for candidates with computer engineering degrees.

Meanwhile, a novel coronavirus with pandemic potential is sweeping through China, with sparse cases emerging around the globe. Now two months behind on the rent and with her entire family sick with the flu, Bianca comes home to an eviction notice on her door. Her landlord had refused to accept partial payments and demanded a full payment of 2 months’ rent plus late fees.

“We were trying to catch up; we just couldn’t pay the back-rent all at once,” Bianca said. “Sometimes, policies are so strict that there’s no human to human or heart-to-heart conversation that you can have with the entity on the other side.”

As Bianca and her boyfriend packed up to vacate their apartment at the end of January, they planned to stay in a hotel temporarily. They applied for personal loans four times, and even had  her parents co-sign as the primary applicants at their financial institution. Every application was denied, most of them due to Bianca’s student loan debt. Ironically, the debt that gave her the education and title to qualify for a career that was not hiring, was also keeping her without a home.

Most hotels in San Diego do not offer extended stays. For 8 months— through the initial coronavirus lockdown and the many fluctuating phases that followed—Bianca, her boyfriend, and their six children moved from hotel to motel, each with their suitcase and their own pillow, they all lived the lives of nomads during a global pandemic where most of us were sheltering in our homes safe. A temporary shelter admits all the chaos of the world and the uncertainty that she faced each morning, with each new day. 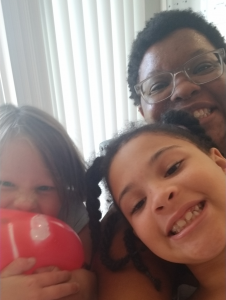 Neither living in a hotel or moving from one to the next is financially sustainable. With the pandemic gripping the country and stifling her job search, Bianca’s funds continued to dwindle. Soon, a new set of problems set in.

“When you have no paycheck, no savings, no credit card, and no one to borrow from, you don’t have the resources to just go buy food,” Bianca said.

There were nights when she had only a baked potato for dinner. There were times when the family shared a bag of beans and a can of tomatoes. And there were days when they had nothing. You could see as she shared her story, Bianca was a mother first and her children, all of them, would eat before she or boyfriend did.

When 2-1-1 San Diego suggested Bianca visit Catholic Charities, she assumed it would be like the other food banks that she had received limited, almost laughable amounts of food to feed her family of eight. But, Catholic Charities, treated her differently from the first introduction.

“At a lot of food banks, you feel like a number, and I completely understand it from a data analytics standpoint; there are so many mouths to feed,” she said. “At Catholic Charities, for the first time in a long time, I felt seen and heard. They asked me how many people I have in my family, how many kids, and then gave us an ample food supply.”

For Bianca and so many others, hunger is not so easily solved. It’s where the cycle of poverty begins and ends. A reliable food source helped Bianca stabilize her living situation, feed her family, and feed herself. From there, she was able to access additional resources, continue her job search, and secure a job—ironically, at a grocery store. She is still rebuilding her life, but it is a start, and one for which she is excited.

“I love being able to get out, go to work, and just smile and help others,” she said. “You also want to show your kids that you can be strong and persevere, and that they can do the same when they’re adults.”

When I first met Bianca and talked to her, she was at the park with her daughter. The first thing I noticed was her smile and the happiness you could hear in her voice. I had a briefing about her before we spoke, and I envisioned meeting a woman who would be pretty rocked by her reality … she was not what I was expecting at all. We laughed, we covered some tough topics, and in the end, I hung up in awe of her and the journey that she had overcome the past year.

At Catholic Charities, our approach to feeding the hungry is simple, yet once thought impossible, we will feed every single person who comes to us for food. 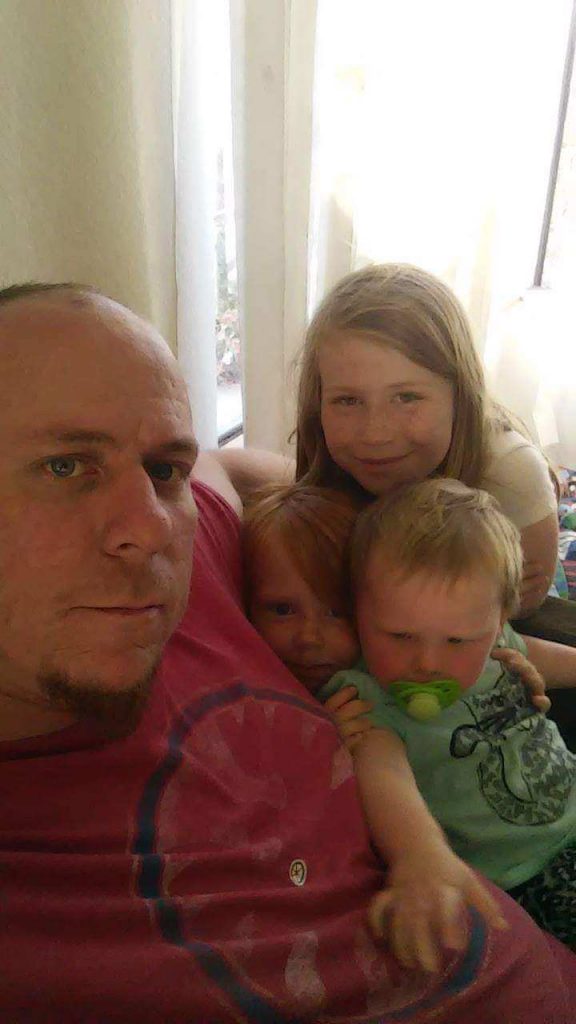