Housebound, Hungry, and Growing Hopeless, She Reached for the Last Food Left

(All photos without masks were taken prior to COVID-19)

There are stories you hear of survival, people outliving the odds that they face, overcoming imaginable obstacles. I’d like to share one of those stories, one of those amazing survivors who almost lost her life, inside her own home, the lights on, tv working, but; an empty fridge, empty cabinets, none to call and no way to get help.

An Imperial County woman with a life of misfortune describes her days alone at home, where she is barely able to move as she awaits charitable deliveries of food. Billie had gone five days without eating. She had passed the point of hunger—laid, stone-still on her couch, through the stages and emotions that gave way to starvation: Yearning. Craving. Fighting. Foregoing. Struggling. Fading. No longer wanting—but now, needing. Finally, she ate the only food on hand: Cat food. The humiliation of sharing her lowest, most hopeless instance of hunger comes with a surprising flip of the script in words you would not expect to hear from someone whose journey has been so lonely and so painful:

“I am so fortunate,” she says

As I ask about her past and hear how she ended up alone and immobile in the tiny, desert city of Holtville, California, the word, “fortunate,” is the furthest thing from my mind. Yet, she insists she is lucky, mainly for the food—and friendly hellos–she now receives from Catholic Charities and its senior nutrition program.

A Fracturing Sequence of Events

For someone coming from the dense metropolis of New York City, entering the suburban sprawl of Southern California can feel like being dropped onto another Billie is a California native from Oakland, seemingly a world away from Imperial County. She moved to this stark corner of the state nearly 30 years ago with her husband, whose work with the California Department of Corrections and Rehabilitation brought them to the Valley. His promotion was an opportunity they couldn’t pass up, even in lieu of her job as a certified teacher’s aide and with her speaking little to no Spanish in a region that is mostly Hispanic. She would eventually get a job managing a video store.

In 2011, Billie’s husband died from a freak infection following a routine exam. They had also lost their son at age 19. The family tragedies created emotional distance between Billie and her last remaining family member. They were both suffering from shock and sorrow, but separately rather than together.

Billie, living alone, in grief and a difficult place, continued managing the video store—until her car accident. Billie’s car plunged over a 300-foot-cliff. She broke her back and neck, leaving her in chronic pain and with partial vocal cord paralysis as she tried to recover by herself at home.

Billie was always somewhat of a homebody. Now, she was becoming, in her words, a loner. She laid in bed during the days and watched TV in her chair until late in the nights.

One night, Billie went to get up after dozing off in her chair. Her leg had fallen asleep and gave out at the first step. Billie fell to the tile floor, shattering her femur and breaking her knee. It would be the beginning of an 18-month period in which Billie wasn’t just bedbound, but couchbound. Her bed was too high up for her to crawl into. While beginning to learn to walk again in physical therapy, she would discover she had also broken the other femur and knee, likely from the same fall.

“For the better part of two years, I lived on the couch,” she said. “All I had was the TV, the front door, and a lockbox for the therapist to come in.”

Through nine neck surgeries, three back surgeries, two knee surgeries, and outright, isolated despair within the walls of her home, Billie was all but forgotten to the outside world. Most of the neighbors she knew retired and moved on from the Valley. With the exception of a few friends who would check on her roughly once a month, she had no support system and no human connection. Soon, she would become food insecure, often starving for days at a time—not because she didn’t have the means to afford food, but simply because she didn’t have the ability or the help to obtain it.

Billie lost 40 pounds in 18 months from undernutrition. What they don’t tell you about hunger is that when you can finally eat and have the option of food, it hurts. Eating a “normal” meal is difficult. Small portions are the only option until you can build up your stomach and the ability to start enjoying food again. Her hunger hamstrung her recovery, compounded her osteoporosis, and put her at risk for another serious fall. Recognizing Billie’s frailty, her physical therapist referred her to a local agency that would eventually lead Billie to Catholic Charities.

“It was like someone came out of the woodwork and said, ‘Hello, we’re here to help,’” Billie said. “I didn’t know anyone was out there. It was a miracle.”

Billie’s meal and grocery deliveries are by no means feasts. Sometimes, there is still not enough. But she is thankful for quality food staples—meat, vegetables, milk, oats, eggs—that, quite frankly, keep her from eating her cats’ food. “They get it all to themselves now,” she jokes. Having been through a heart-wrenching interview, it’s a much-needed opening for both of us to lighten the mood. I ask her what kinds of food she enjoys the most. Her eyes light up.

“Oh wow,” she says. “Spaghetti, lasagna, tacos, burritos, Chinese—I love it all. Anything but cat food.” 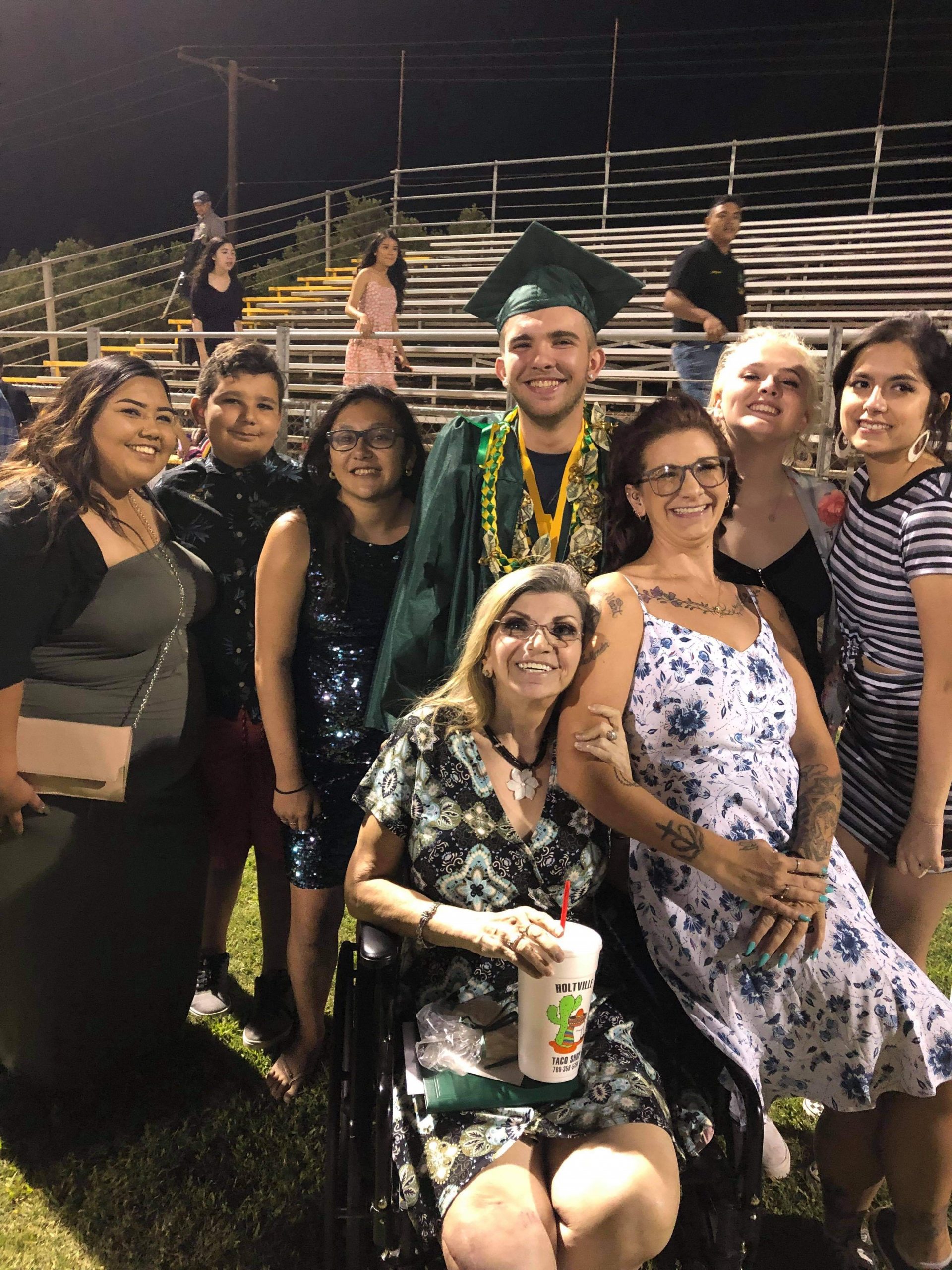 There is something I need you to understand about Billie. Her food insecurity comes from a very different place compared to others. A situation in which many organizations will tell her she does not qualify for assistance. Billie lives off of her late husband’s pension, which bumps her just above the low-income threshold. Each month, she receives enough income to cover her rent, utilities, and some groceries. She makes a donation for her food deliveries. After that, there is nothing—money or food alike—left for the month. Billie is an example of a quiet crisis in America that was growing before COVID and has since accelerated during the pandemic: middle-class hunger.

“People see that you have a decent home and a decent car, and assume you’re doing fine,” Billie says. “They don’t know that everything you own is old and that any money you have coming in is going out.”

Billie is susceptible to the coronavirus and scared of contracting it. She is not ready to go outside, nor should she. When she receives food, she eats. In the meantime, she waits. She suggests there is a looming possibility that she could one day lose her home.

Yet again, she says she is “lucky.”

“I have good people helping me out,” she said. “Otherwise, I don’t know what I’d do. I honestly don’t.”

Billie is one of many in Imperial County who are hanging on by a thread. Catholic Charities is working to feed the hungry, regardless of religion, income, politics, or qualifications. During the pandemic, our Imperial County home food deliveries have multiplied from 170 home deliveries a week to 670 home deliveries a week. That is the disheartening truth in one of the country’s poorest counties and hardest hit by the pandemic.