Since March 2020, Catholic Charities has coordinated the distribution of over 2.3 million pounds of food or 1.9 million meals, many of our recipients not only receive food but also serve as volunteers throughout the 12 distribution sites and 6 pantries in San Diego and Imperial County. The Emergency Food Distribution Network Plus (EFDN+) Program has served over 190,000 community members.

Carmen, a mother of 3 daughters, started coming to get food for her family through the EFDN+ program. Inflation and increases in gas, and the cost of food were making it hard to feed her family.

While coming each week to pick up food, Carmen and her daughters wanted to give back. Adriana, her 14-year-old daughter, was helping to get her community service hours but said she would help even if she did not get credit for volunteering for the program. Carmen and her two daughters volunteer each week on both Wednesday and Saturday for the food distribution.

“I would still come here; I would still want to volunteer here. It feels nice that it’s not just me doing it. My mother and sister also volunteer each week with me.” Adriana said.

Michael also receives food from the EFDN+ program. Michael said it is very tough to find yourself in this position of needing help. At 66 years old, and after a lifetime of not needing this type of service, he found the toughest part of needing some support from a local nonprofit was having to ask for it.

Michael and his wife sold their house in South Carolina to move to San Diego to be near their two sons. The cost of houses in San Diego made Michael decide to invest in a boat that he lives on with his wife instead of getting an apartment. Unfortunately, the family had some medical issues that sent their financials into a tailspin of trying to support their lives and the medical needs of their family.

“I’ve come to realize how many people walk that fine line between not needing and then suddenly needing, and so when you have a charity like this so welcoming and willing to help. It is just very nice,” Michael said.

EFDN+ was originally created to be a temporary program to help people with food security during the pandemic. As the program continued, it became apparent, we were filling a critical need. Because of this, Catholic Charities decided to make EFDN+ one of our cornerstone programs. EFDN+ serves clients from other programs as well, helping them on their journey to self-sufficiency.

“I thank God this community had this service, and I thank God that we found them and the help it gives to so many people,” Carmen said. 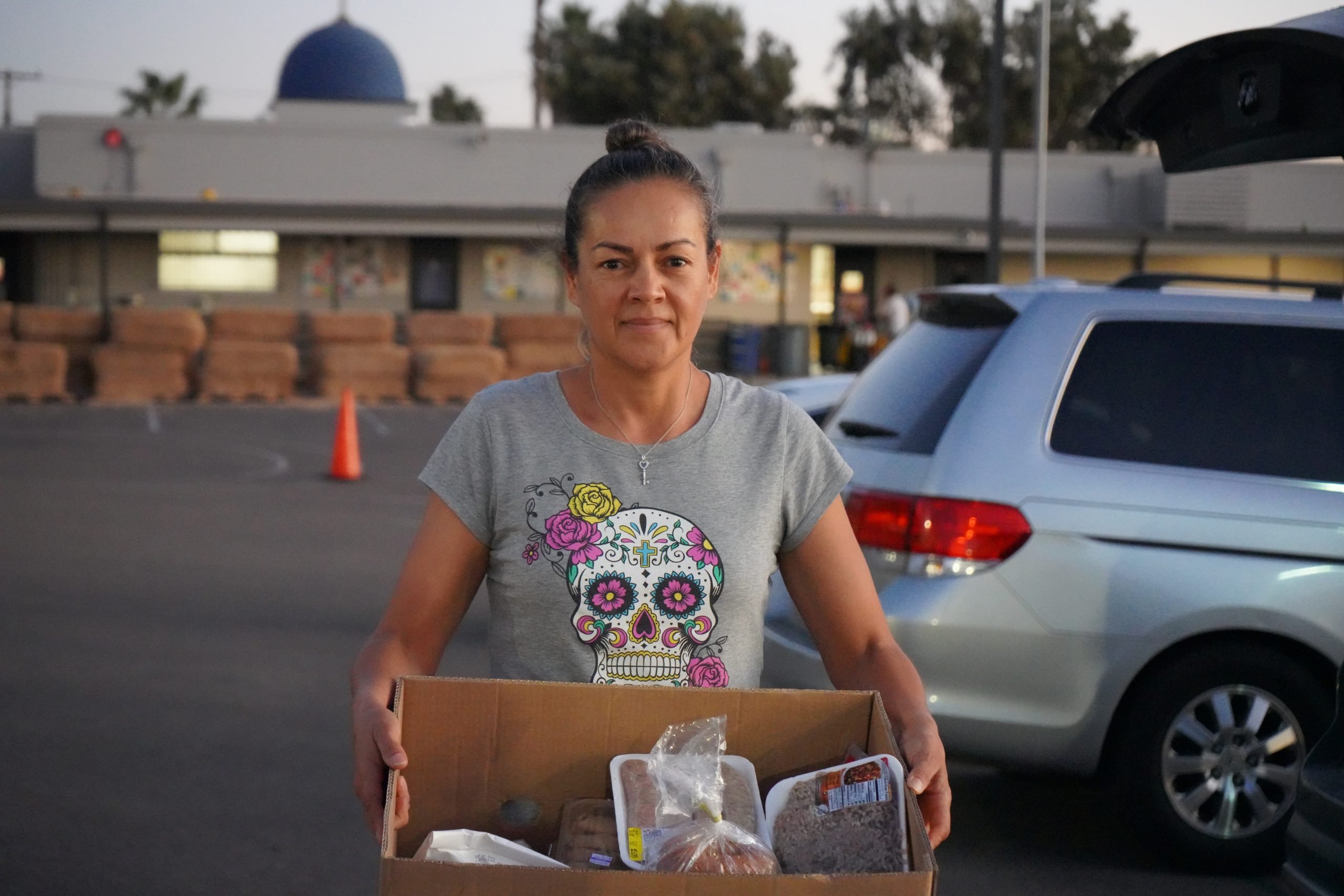