As they walked in darkness, between the distance and possibility of death, it felt like they might never reach the lights on the other side of the mountains.

Shakib and his family negotiated the treacherous Afghanistan terrain, they stayed just far enough apart not to trip each other. The steep cliffs and narrow trail posed greater danger as fatigue and nightfall set in during their 48-hour trek. Shakib was 7 years old at the time.

“Any small mistake you made, you could die,”

Shakib recalled, along with other blurred flashbacks from the journey years ago. Mountains. Darkness. Horses. Tired. Those faraway lights that seemed to move back as they trudged forward.

Listening to Shakib, the raw emotion of his fear as he recalled the memory made it seem like this happened yesterday and not over a decade ago.

The Golzari family made it out of the war zone alive. While their surroundings would now be safer, their lives would not get easier.

The Golzari family first resettled in Turkey, where they spent 11 years living in poverty. Shakib feels it took half that time just to get acclimated to the culture.

“You hope everything will suddenly be fine when you get to where you’re going—but then it’s not,” Shakib said. “You don’t know anything about the language, the people, how they’ll treat you, the news and politics…you feel kind of lost.”

In Turkey, Shakib’s father sustained the family of five financially, putting the three brothers through high school and university on his modest income. Shakib’s mother took care of the home. Each day, they worried of the next—just like they had in Afghanistan. As the Golzaris dreamed of coming to the U.S., Shakib’s mother told him that God would get them there eventually.

More Than a Language Barrier

When someone comes to a new country—and especially when that move happens abruptly—the language can be paralyzing. The inability to communicate can shake their confidence and strip their dignity.

“The most important thing about humans is communication,” Shakib said. “Without it, you’re not human at all.”

In 2021, the Golzaris were legally accepted into the U.S. with the help of Catholic Charities, bringing them out of poverty and the conflicts of the Middle East. Yet, again, they find themselves facing the unknown, without the necessity of fluency. “Imagine those who can’t speak one word,” Shakib said, as his parents sat to his right. Neither of them speaks English.

Supporting the Family, Welcoming the Stranger

In American culture, we are bred to leave our families. We must move out and make lives for ourselves. Sometimes, it almost seems as if our parents are strangers.

In the Middle East, families live together, eat together, and grow together. When there is a guest, the family offers food and drink, even if they are struggling to feed themselves. As Shakib tells his family’s story, his mother circles the room pouring Afghani Chai tea for our interviewers and producers. His father gives frequent reminders to try the dates. Shakib implores us to take fresh fruit. His mother returns next with homemade cheese. An hour after our interview is complete, we are still snacking and sipping.

“It’s how we show gratitude from the heart,” Shakib says. “We give everything we have.”

Reliving all that his family has been through and recognizing all that his parents have sacrificed, Shakib believes it is his turn, along with his brothers, to provide. He knows they have each other.

“They’re not just siblings,” Shakib said. “They’re my everything. If something happens, good or bad, I know they have got my back. We want to take the burden off our father’s and mother’s shoulders.”

In Afghanistan, the Golzaris wondered if they would live to see tomorrow. Shakib remembers the bombs and gunshots.

In Turkey, they feared they might not eat tomorrow. Shakib saw his mother go hungry to hand him the little food his family could afford.

In the U.S., the Golzaris, for the first time in their lives, can seize the day.

“We feel safe for our sons,” Shakib’s parents said. “They can be what they want and achieve what they chase.”

Rather than resettle alone, the Golzaris now have Catholic Charities to help make their new land welcoming and their new chapter rewarding. Shakib knows it will not be easy by any means, so he carries with him a saying that rings true on any given day. 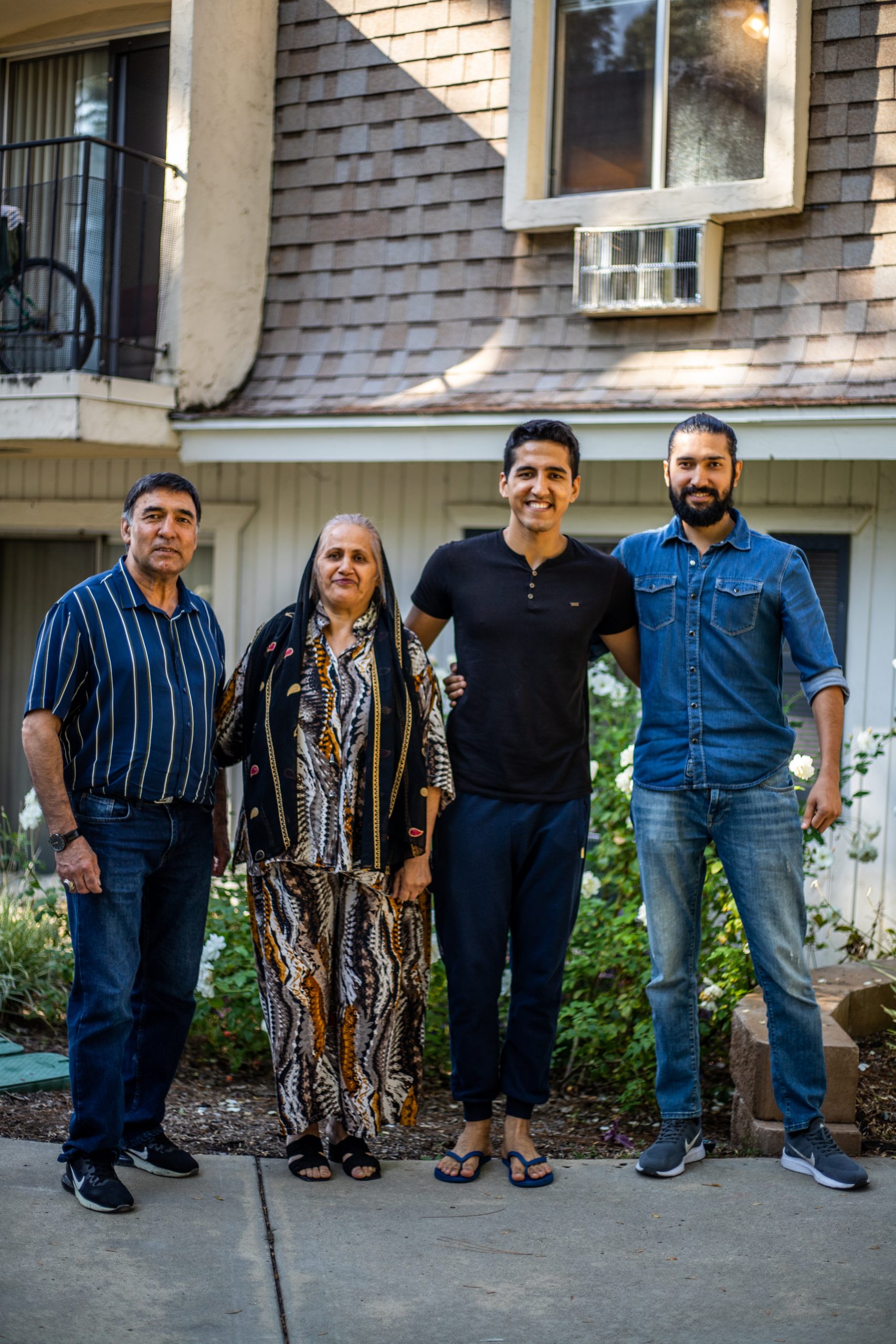