No Slogan, No Scripture

I was inspired and amazed that as fear and sickness spread throughout Imperial County, so did faith, food, and a blueprint to feed the hungry and the most vulnerable. With the inevitable winter surge of COVID19 approaching, this forgotten corner of California needs another miracle.

In the harrowing fight against hunger, however, there was a miraculous reprieve. Since the crest of the first coronavirus wave, Catholic Charities’ Emergency Food Distribution Network Plus (EFDN+) has provided 312,981 pounds of food or 260,818 meals to Imperial County along with the infrastructure to unite eight different ministries in feeding the thousands of residents facing food insecurity.

EFDN+ is our response to the economic hardship brought on by the pandemic. We were able to quickly organize a connected food distribution network because we had envisioned one all along. The pandemic simply accelerated the need, and in turn, the launch. The community of El Centro has always been a focus of Catholic Charities and the amazing people who live there are working hard to support their families. Our model for the EFDN+ is we will feed everyone who comes to us.

“You see people in need, and you want to help,” said Father Mark Edney of El Centro Catholic. “You don’t recite a Bible verse. You don’t talk politics. You simply help. It’s the most basic human response.”

Struggle is ingrained in the geographic and socioeconomic fibers of Imperial Valley, where one in four residents live in poverty. However, hope and helping each other is also ingrained in the footprint of the “Valley” were the communities work hard to support each other especially now as the pandemic has hit the community so deeply.

From the moment the coronavirus arrived locally, Imperial Valley was destined to become an epicenter due to its remote location, limited resources, and the disproportionate effects of the pandemic on communities of color. Bordering Mexico, Imperial County is mostly Hispanic and largely agricultural. Its migrant farmworkers had to decide between risking their lives and losing their paychecks. Both choices further fueled the crisis.

The onslaught was as traumatic as anywhere in the world. At one point, 15 to 17 coronavirus patients per day were being airlifted out by helicopter. The county had the highest infection rate in the state. As hospitals reached and exceeded their capacity, so did the morgues. Meanwhile, job losses brought a separate surge to the food banks.

The Imperial Valley Catholic Charities team received a boost from the USDA’s Farmers to Families Food Box program as well as donations. When the truckloads of food came in, the challenge became clear: getting the food into the hands of the hungry throughout the sprawling county, one of California’s largest by land area.

“Catholic Charities made it possible for us to receive the trucks and distribute the food not just in El Centro, but also to Holtville, Brawley, Heber, and other towns,” Edney said.

Francisco Cabrera, Director of Religious Education at El Centro Catholic, agreed. “Catholic Charities gave us the tools to do the job,” he said.

Yet, a liftgate truck is nothing without someone who can operate it. Who knew that would be Deacon Sergio Hernandez of El Centro Catholic?

The Knights of Columbus brought the manpower to make the logistics manageable. Everyone worked together sharing their time and talents to make the food distribution model work and work well, helping those who were hungry and desperate, trying to survive.

Countless volunteers showed up, defying 115-degree heat and facing the fear of contracting the coronavirus.

Dr. Victor Jaime, Vice President of the Imperial County Board of Education, brought his entire family to help feed the hungry.

All of the necessary pieces fell into place as the food distribution grew from 30 to 100 workers in just a few weeks. What took six to10 hours for a small, scrappy team would reduce to just two to three hours with an army of good Samaritans. 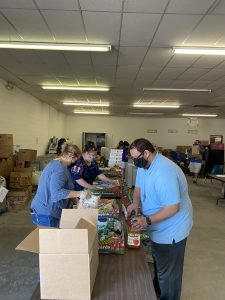 As EFDN+ ramped up, the people, sadly, poured in. They were tired. They were sweltering. They were hungry. Many of them were new to being on the receiving end. Deacon Domingo Enriquez of El Centro Catholic recalled a heart-wrenching interaction. The volunteer next to him, while handing out food, confessed:

“I lost my job and I’ve been out of work. I have no check and no money; do you think it would be okay if I got some groceries today?”

The deacon, brought to tears, implored the man to take food. It was a reminder of how close each person is to poverty.

“There’s no distance or status here,” Edney said. “There’s no stigma. Poverty is not an embarrassment.”

In the most impoverished neighborhoods, the lines for food stretched around the parishes. With danger and destitute all around, the churches are where people feel safe and where they know they will be fed.

When will things get back to normal? That is the question that weighs on all of us. In most places, the question breeds hope. Hope that a vaccine is close and faith that if we can just make it a few more weeks 2021 will be here and we do not have to look back on 2020. But in the Imperial County, it is different. Here, life is not easy and normal is not always a good situation. When the pandemic subsides, poverty will still be present. For Catholic Charities and its EFDN+ partners, the need is pure and simple:

As we prepare for a difficult winter, will you be a neighbor to an entire county in need? To donate in support of Catholic Charities’ Emergency Food Distribution Network Plus and other programs serving the most vulnerable in our communities. 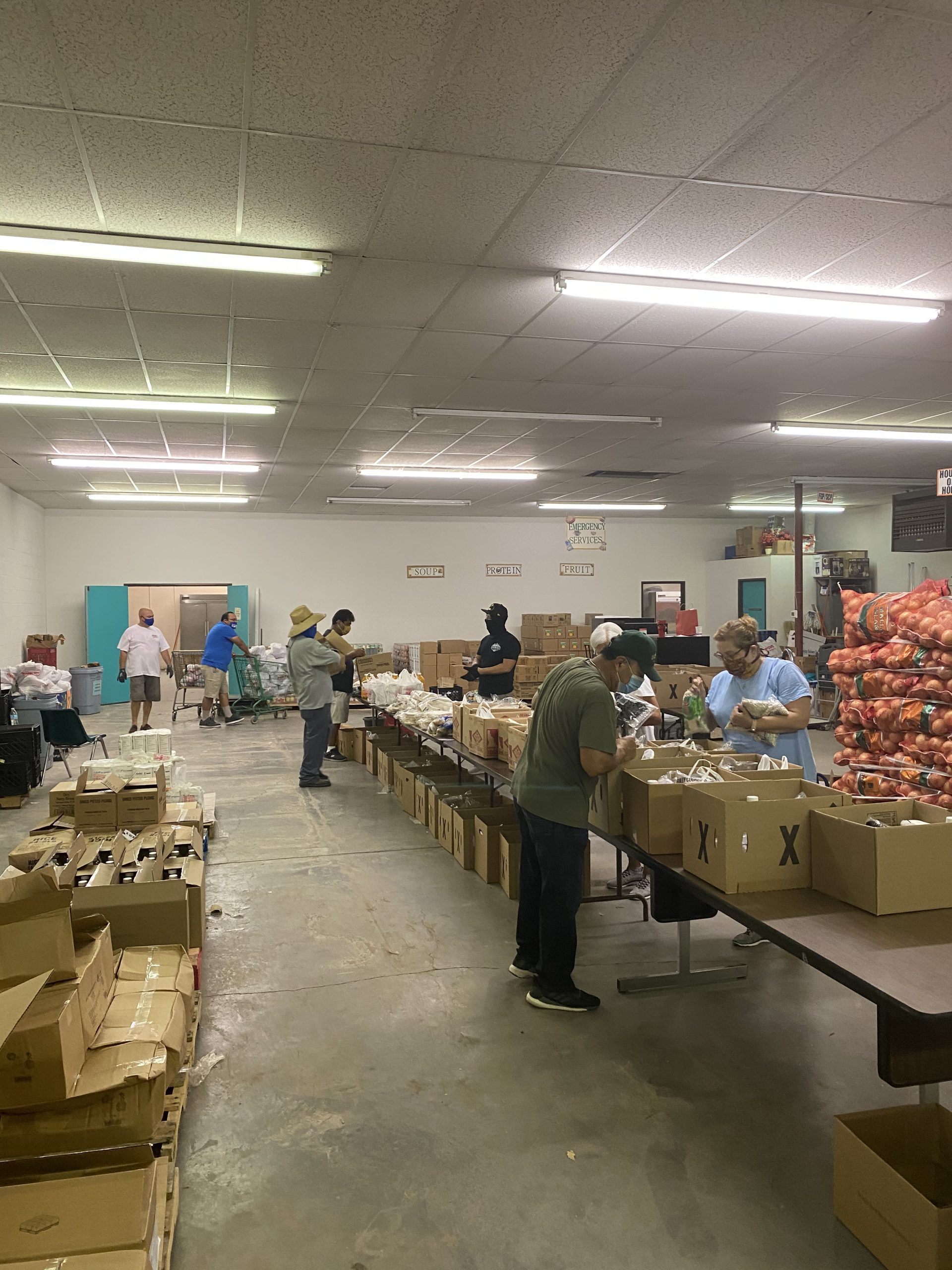 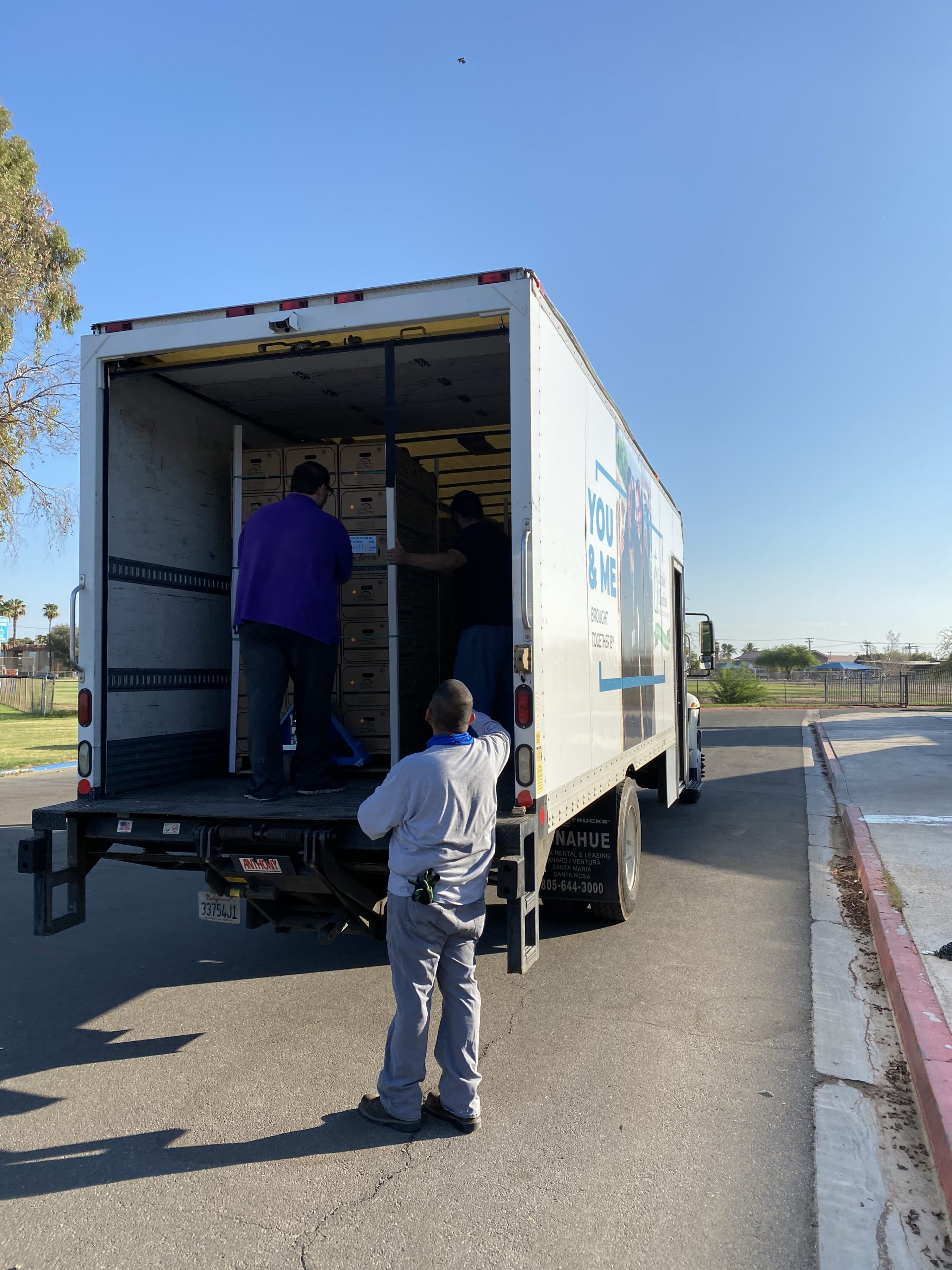