“I stayed, but I stayed in a not-very-sanitary house where there were rats, there were cockroaches and other very unpleasant things.”

This was the environment 81-year-old Mariana a senior with various health issues, had to stay in, to have a roof over her head. For her, this was the only ption besides turning to a shelter for a place to sleep. An unhealthy environment for elder seniors is a story we are unfortunately very familiar with at Catholic Charities. Older generations who no longer can work are having difficulty finding housing while also struggling with various health concerns. In the city of San Diego inflation has made it hard for people to find proper housing. In 2022 the average cost of rent was between $2,187 to $3,570. A range that is so difficult for people who are retired and living off a fixed income of social security to afford, just like in the case of Mariana.

In 2020 Mariana was diagnosed with a rare cancer after complaining of pain and discomfort in her gums and neck. When the cancer was found the cancer was already at stage 4 the only solution for Mariana to have a chance to continue to live was surgery.

Mariana was very nervous about having a surgery and the only doctor to perform her surgery was in Texas. Fortunately, her only support system was also in Texas. Mariana went through a 12-hour surgery where they extracted the cancerous tissue and used muscles and tissue from her thigh to replace the tissue she lost.

“I escaped death by a little inch, half an inch because I was scared of a surgery and of having surgery.”

Mariana was in and out of the hospital for months while she was recovering. It was very difficult because she had to be fed through a tube through her nose. She also was not doing well mentally because she missed home, although she gave up her apartment and most of her stuff because she did not know if she was going to survive the surgery. Mariana wanted to go home.

For almost seven months, Maria lived with acquaintances while she waited for an affordable apartment to become available in San Diego. That’s where she found herself living in inhuman conditions with pest infestation while still recovering from complications with her surgery.

“The solution came when I was offered this apartment. Thank God for Catholic Charities and Cathedral Plaza that they exist in my life. The room was empty, and I dropped to my knees even though I said I’m going to have problems getting up because there was no furniture to grab onto anything… and I said a prayer in an empty room.” Mariana said.

Mariana has a positive and contagious outlook on life now. When we interviewed Mariana, she was house-sitting and dog-sitting for a friend. She is always going above and beyond for her family and friends. She never takes a day for granted and is so happy just to be alive. Her positive outlook on life is contagious and lights up any dull room. 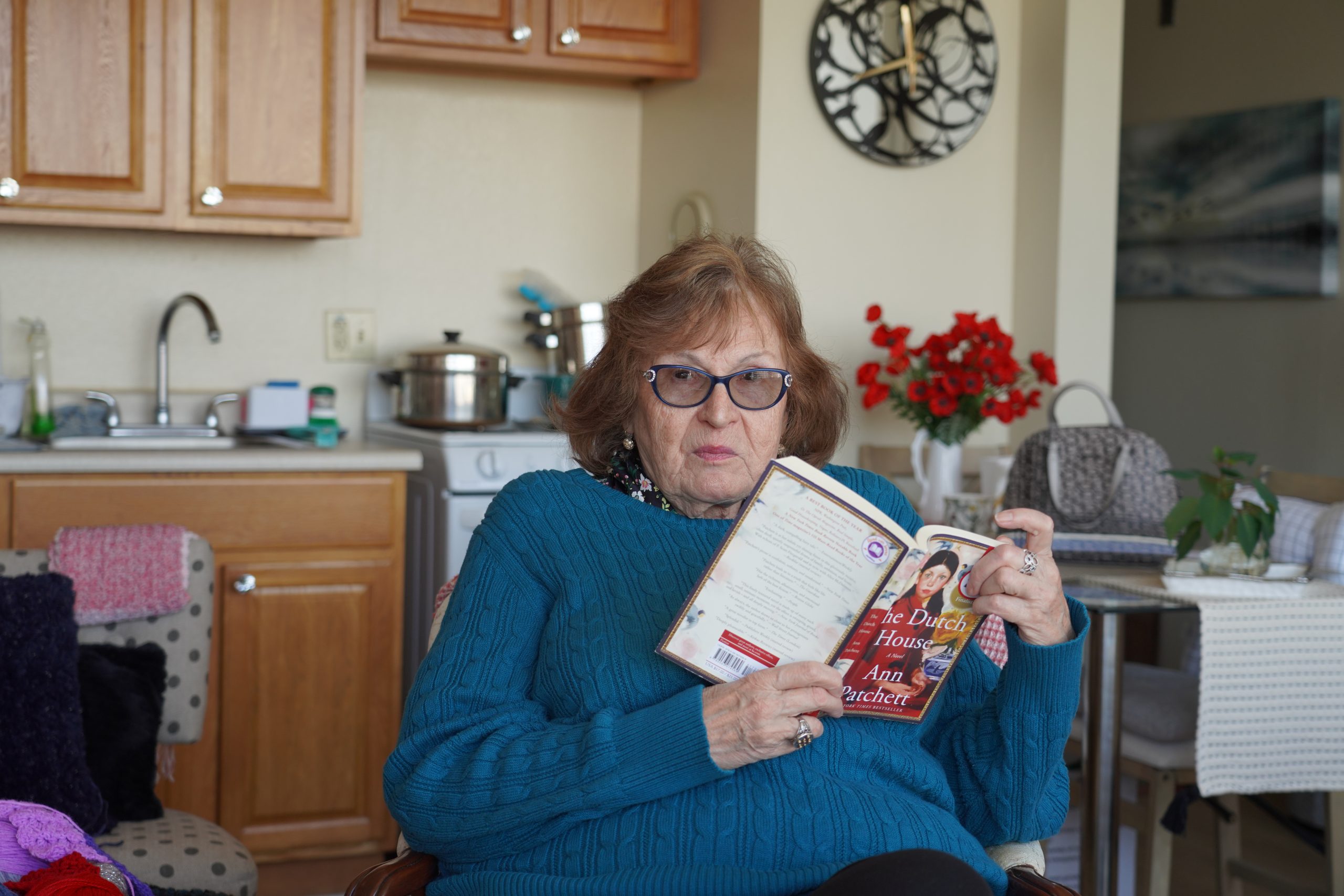 “It is wonderful, and I live on the 13th floor, and it is like Alice in Wonderland. At night I turn off the lights, and I pull the drapes, and it is just all these little lights and the pretty buildings, and it is nice.”

Catholic Charities provides Senior Services at all the senior residential buildings in San Diego. The staff is trauma-informed and works to meet our clients where they are on their journey.

“The manager was extremely understanding and had a soothing voice and tried to help with everything. Helped me with all the needs I had with things that I could not understand very well. She explained to me, and it was a blessing. Catholic Charities offer great services and a great system to help people in need, people older, and people who don’t have the ability to understand laws and systems that advance so quickly. It is a blessing to have professionals.”

As 2022 comes to an end, we reflect on our year. All the positive, happy times and things we accomplished. We also reflect on the trials and tribulations of the year. Mariana has overcome so much in the last few years, and she continues to spread joy and happiness wherever she goes.

“Taking into consideration what I had to go through, it was a blessing to return to San Diego and be able to especially be able to get an apartment and move to Cathedral Plaza because I am a perfect example of when you most need it, and you get something.”

“Of course, I will be thankful forever for what I have and for Catholic Charities.”