The saying goes that you need to walk a mile in someone’s shoes to understand their experiences and perspectives. Nadine Toppozada has lapped that mantra many times over when it comes to assisting refugees and immigrants arriving at Catholic Charities of San Diego.

As Director of Refugee and Immigrant Services at our Mission Gorge Place offices, Nadine is one of the first people our participants meet after they enter the U.S. Her path to Catholic Charities traces through several of the troubled regions from which many of them have fled. 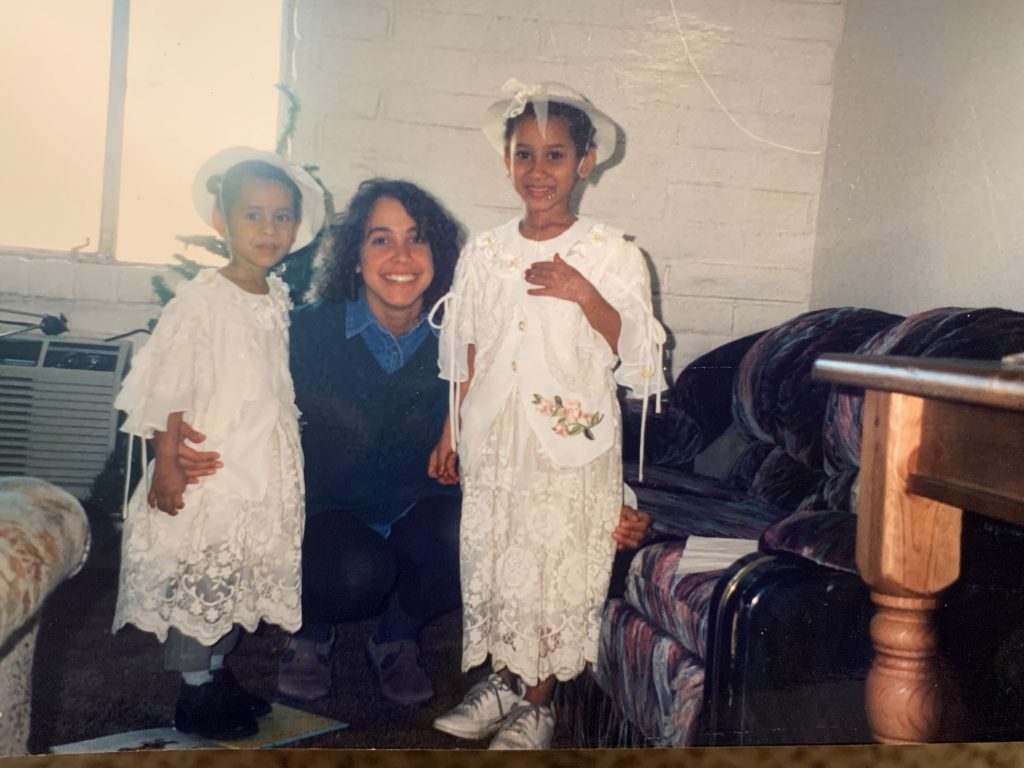 Nadine’s mother is of Greek Orthodox faith, while her father is Muslim, and her grandmother was Jewish. Living in Egypt as part of such a religiously diverse family, Nadine was accustomed to churches and mosques alike—but never synagogues, as they were often targets of anti-Jewish attacks in the Middle East. This reality, echoed by pictures and stories of her grandfather’s years in a Nazi concentration camp, made her aware at an early age that not everyone is welcome everywhere.

“As I grew older, division and inequality began to dawn on me,” Nadine said. “Even though my family was well-off, I knew others weren’t, and often because of their religion, race, culture, or ethnicity. Seeing the treatment of Sudanese migrants in Egypt was especially eye-opening.”

Nadine immigrated to the U.S. at age 21. She officially became a citizen at age 47. On the long and winding road, her career choice was always clear. She would serve others in need, focusing on those seeking safety, opportunity, and equity in a new country.

“I realized that all the privilege I had grown up with in Egypt didn’t carry over and it was a constant battle to obtain the next legal status,” Nadine said. “I spoke the language, had an education and could get a job—and it was still that difficult. Now, imagine someone coming here in desperation, with no resources, no support, and no way to communicate.”

After earning her master’s degree in International Relations and Affairs from Syracuse University in Upstate New York, Nadine moved to Washington, D.C. It was the natural next step, but one that never truly spoke to her. Her purpose centered on helping people, while many of the positions there were in policy. She relocated to Denver, Colorado, where she secured a job as a case manager for a refugee services agency. Her first assignment was to resettle hundreds of Iraqi refugees fleeing from Saddam Hussein’s regime. She continued to work her way up within the agency, with such intense passion and dedication that she eventually hit a wall.

“I was completely consumed,” Nadine said. “I was working all hours and putting immense pressure on myself, even housing refugees at my home if we weren’t able to place them in housing right away.”

Nadine hit pause on her career in refugee services. She spent time working as an ESL and GED instructor at a prison, and then at an ESL testing site. All of her professional roles involved working with the foreign population, which eventually brought her back to the work she knew she loved—this time, as a mother and with a better handle on work-life balance. However, she would soon be forced to leave the country when her husband’s investor visa was not renewed due to the Great Recession.

Unable to stay in the U.S. during the economic downturn, Nadine and her family moved to Brazil. During their four years there, Nadine volunteered helping Haitian refugees. In 2016, a year after returning to the U.S., Nadine joined Catholic Charities.

“I needed to be with an organization that is faith-driven,” Nadine said. “Where the mission drives the work, and the culture goes beyond a project, program, or grant. It’s the why and how that guide our efforts.”

At Catholic Charities, Nadine embraces the ups and downs of resettling refugees and immigrants. There are the success stories—one in particular that will give you goosebumps. When sifting through job applications for an attorney, Nadine recognized a name: Nadia Galash. Nadine had helped Nadia and her family resettle in Denver in 1998, hosting them herself for a brief time. “Nadia’s story shows the direct impact of what it means for someone to come to this country and not only integrate, but excel,” Nadine said.

There is also Ndizeye, who resettled in San Diego with his family in 2019. Ndizeye and his wife, Uwimana, spent 16 years in a Rwandan refugee camp. Ndizeye now works for a large paper product manufacturer. Uwimana walks the kids to and from school, attending English classes herself in between. Their three children were born in the refugee camp but will now have the gift of being raised in America.

There are other situations where trauma takes a toll. Many refugees have been raped, abused, injured, their family members killed on the journey. They arrive as broken adults, hoping to find their way in a foreign land. They struggle with both integration and identity while scrapping to create a better life for their children. Not all will have the good fortune or fair opportunity to succeed. That’s why faith is foremost, and understanding, essential. 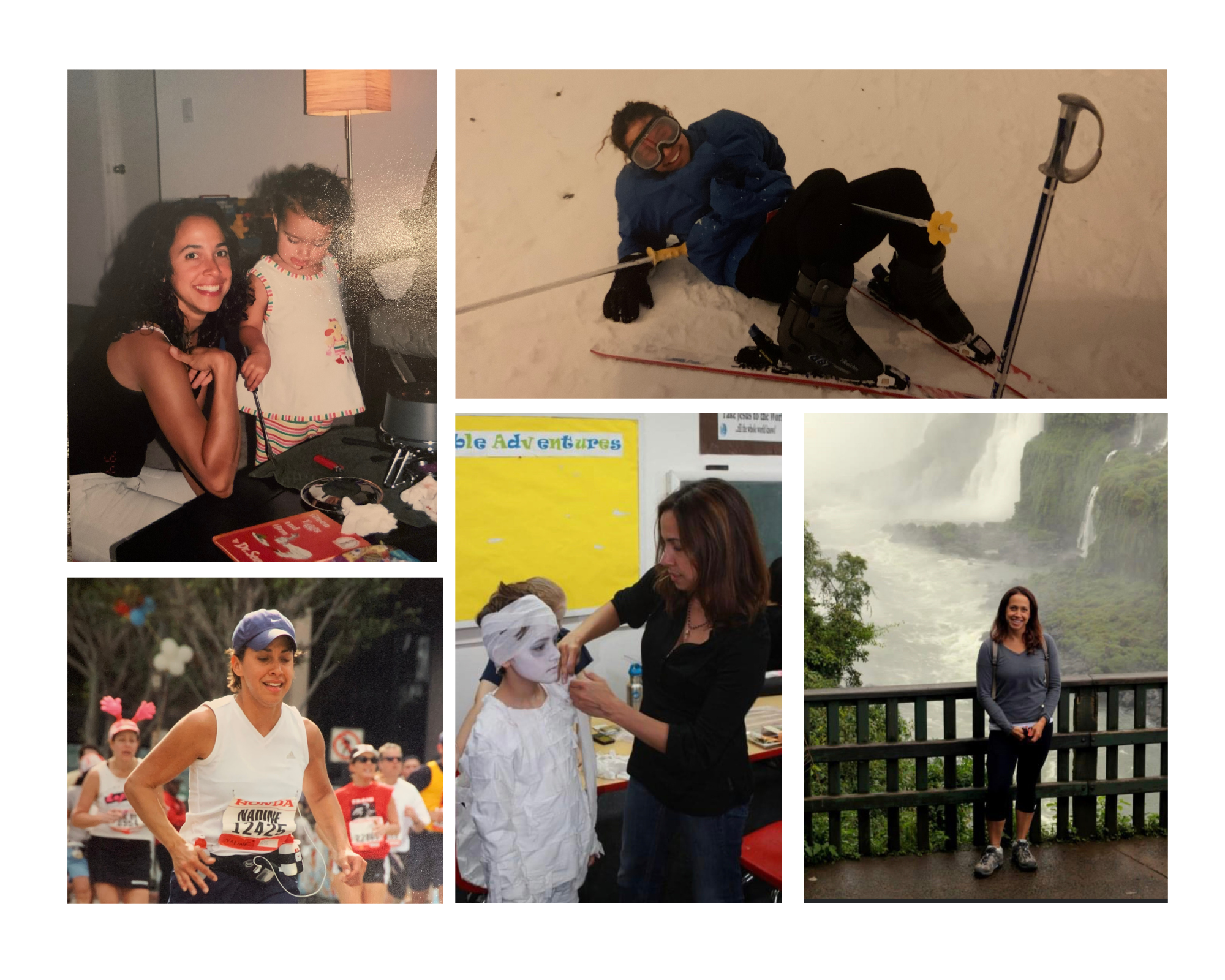 “The first step is to support them as human beings,” Nadine said. “Whether from Latin America, Africa or the Middle East, they are coming from a place to which they can never go back. They want to, but they can’t. With our help, they can make their new homes here in the U.S., and more specifically, San Diego.”