Carlsbad Homeless Shelter Expanding to Include Women and Children

The homeless crisis is an issue not only in the city of San Diego, but other communities within the county. Last week, the city of Carlsbad was awarded a $2 million grant to help expand its only homeless shelter.

After a day’s work as a public attendant at a hotel in North County, 58-year-old Michael Weidekemper rides his bike home to La Posada de Guadalupe, a homeless shelter in Carlsbad.  He was previously living on the streets but has been staying at La Posada for almost four months, he told me on a recent visit to the shelter. Despite having a job, he hasn’t been able to move into a place on his own – he just can’t afford it, he said, adding that he feels lucky to have a home at La Posada. 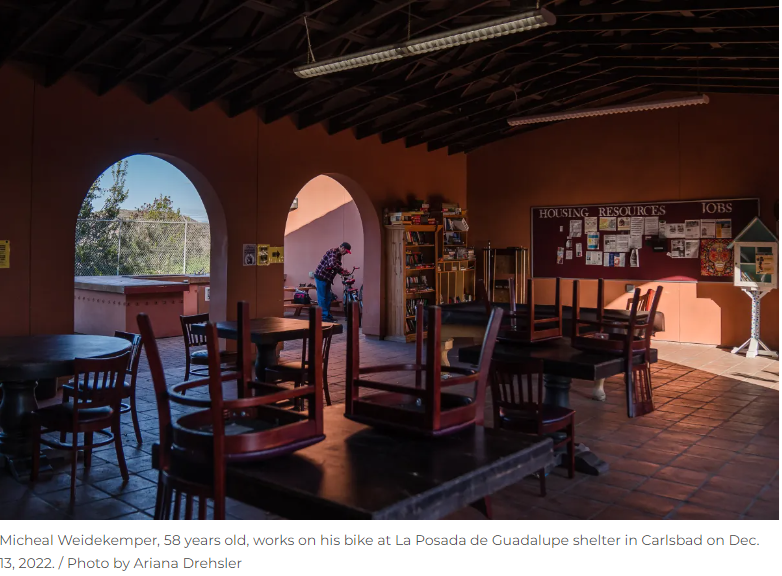 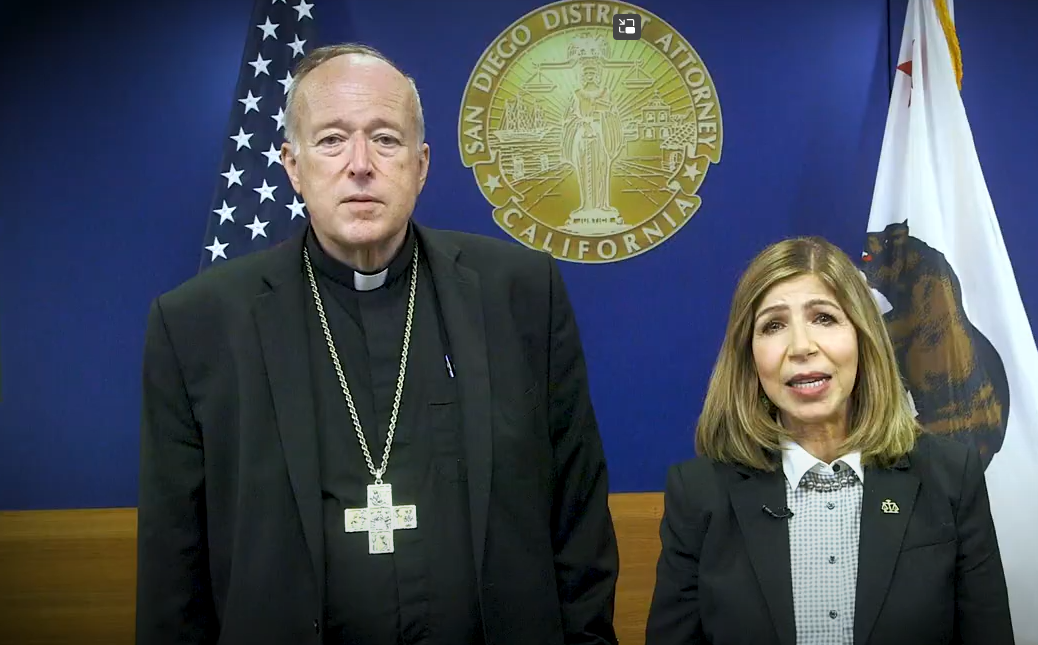 There’s a new outreach effort under way in the region’s immigrant and refugee communities to encourage people to report crimes, and authorities say those who come forward will not face retribution because of their immigration status, the San Diego County District Attorney’s Office announced last week.

As part of the new outreach, the District Attorney’s Office has printed cards in English, Spanish, Farsi and Ukrainian to encourage refugees and immigrants to report crimes when they are victims or witnesses.

Catholic Charities is among the organizations distributing the cards. There are also new videos in English and Spanish featuring District Attorney Summer Stephan and Cardinal Robert McElroy, bishop of the Roman Catholic Diocese of San Diego. 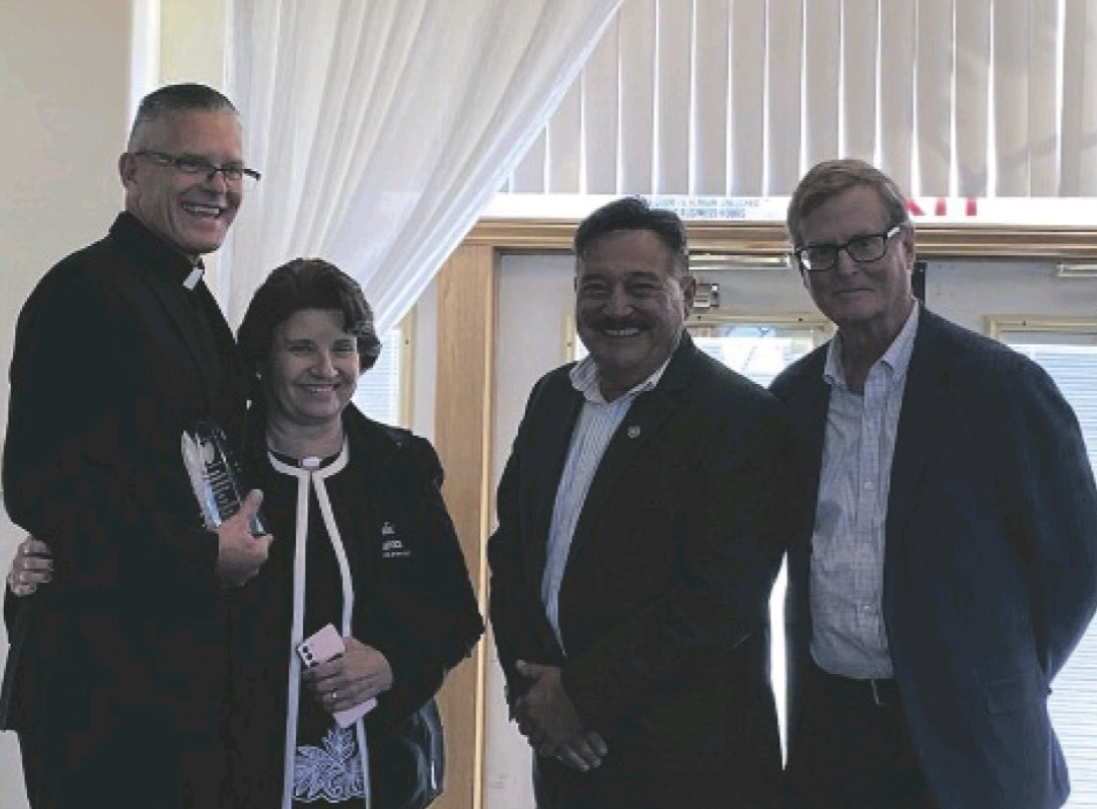 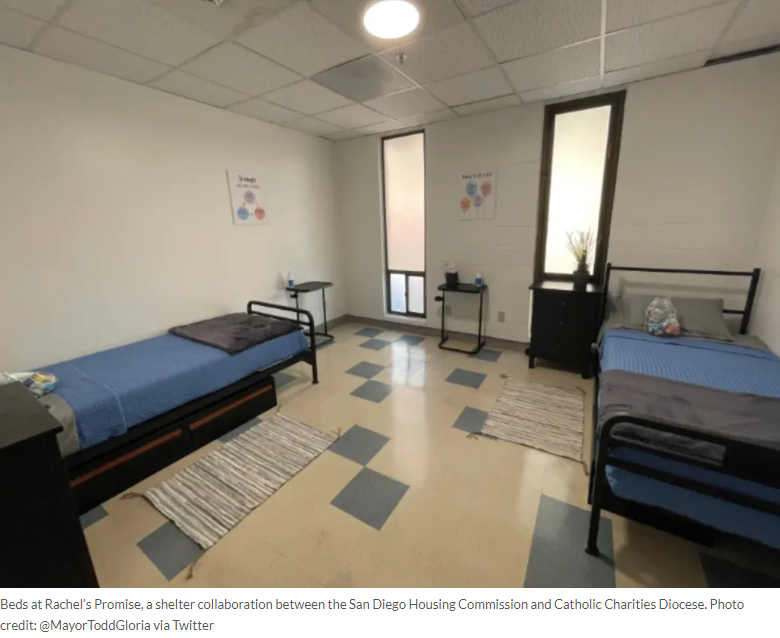 The city of San Diego Thursday opened its newest shelter for those who lack shelter0 a 40-bed capacity in the East Village with a focus on women suffering from serious medical conditions.

It will operate under a SDHC contract with Catholic Charities Diocese of San Diego and will offer housing assistance, meals, laundry facilities, showers, mail and telephone services and clothing.

SAN DIEGO COUNTY, Calif. — As part of his consistent and continued efforts to create more shelter beds to get people experiencing homelessness off the streets, Mayor Todd Gloria on Thursday announced the opening of the city’s newest shelter.

It’s called Rachel’s Promise, the downtown shelter will serve up to 40 women with medical needs.

Rachel’s Promise is a collaborative effort between the City’s Homelessness Strategies and Solutions Department and the San Diego Housing Commission. It is operated under contract with the Housing Commission by the Catholic Charities Diocese of San Diego.

The award recognized Pajanor’s service to the diocese during the COVID pandemic, which included the creation of Catholic Charities’ Emergency Food Distribution Network. The network provided millions of meals to people in need throughout San Diego and Imperial counties. 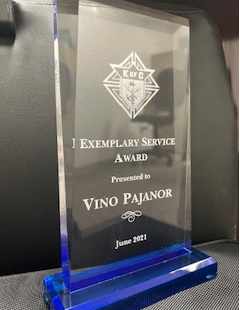