Some nights, he’d sleep in his car to keep from driving drunk.

Other mornings, he’d wake up on a friend’s couch, sore and scruffy but somehow ready to go drinking again.

High on methamphetamine mixed with alcohol, Steve would stumble up to any given family member’s house in the middle of the night and pass out in their front yard. Routinely and rhetorically, they’d ask him what he was doing.

Before he knew it, 30 years had gone by and his body was breaking down. Steve was burned out. So were his loved ones who desperately wanted and tried to help him but slowly withdrew after countless failed attempts. Steve had no one left in his corner and no plans for his future. The game was over.

“My Life Was a Disaster”

Steve lost both of his parents when he was a teenager. He didn’t realize at the time how the grief led him to alcohol and, shortly after, meth.

“Live every day and do what you love to do,”

his father had said before passing. Steve warped those words into a lifestyle of drinking and partying. At age 20, he heard that meth—stronger and more widely available than ever—would enhance the effects of alcohol.

Within minutes of pairing meth and alcohol, Steve was hooked on the combination. He could drink more, hold his alcohol better, and function surprisingly well between benders. He partied for years, giving way to decades, while brushing off lost jobs, broken relationships, and run-ins with the law.

On Fridays after work, Steve would drive from Riverside to Tijuana, where he’d party for 48 hours straight with no sleep needed. He knew precisely when to leave Tijuana Sunday night so he could be back at work Monday morning to operate heavy machinery. The only rule he made and never broke was not to be under the influence around his daughter.

Steve felt he always had a plan—until he didn’t. In 2018, he suffered a serious injury at work. Unable to perform the manual labor that he had learned to manage alongside his addiction, Steve needed to reinvent himself.

Injured, addicted and unemployed, Steve entered a program to begin turning his life around. He stuck with it and climbed his mountain of addiction, only to encounter new barriers. Steve’s depression, loneliness and anxiety became battles of their own.

“I’d be invited to family get-togethers and milestones, and I’d really be looking forward to going…until it was time to walk in the room,” Steve said. “I’d get there and feel disconnected; that ‘alone in a crowded room’ feeling.”

Steve’s siblings had bought homes. His friends had started businesses. They had hobbies. Memories. Families. Lives. One doesn’t gain a life back simply by getting sober. There’s more to it than drinking or not drinking.

The Last Place with Its Light on Steve had been sober for a year and a half and was just returning to the workforce from his injury when the coronavirus pandemic hit in 2020. With workers’ compensation no longer available and the wages at his new job limited to just 20 hours per week, he could no longer afford the rent where he was living.

“I pictured, after all the work I had done and all the progress I had made, how it would feel to then be evicted,” Steve said. “I didn’t want to face that setback.”

Steve began calling around to explain his situation. He was referred to La Posada, a homeless men’s shelter in Carlsbad operated by Catholic Charities. At La Posada, Steve has been able to pay off debts from his dark days and save his earnings left over so he can eventually move into his own place. When he walked into a studio apartment that he was approved for in Bonsall, he realized he wasn’t ready. One of his favorite bars was right down the street.

“Even though I’m sober, I still need that support,” Steve said. “Quitting drinking alone is like a brain surgeon operating on themselves. At La Posada, I can wake up in the same spot with a clear head, and the staff members always have something positive to say.”

Even when he feels good, Steve has a general sense of struggle. Through prayer and the community at La Posada, he summons the strength to overcome obstacles each day. He finds chapters and verses in the Bible oftentimes relatable to what he’s been through and continues to go through.

Steve doesn’t know what he’s going to do next, but for the first time in a long time—and possibly in his entire lifetime—he feels hopeful. 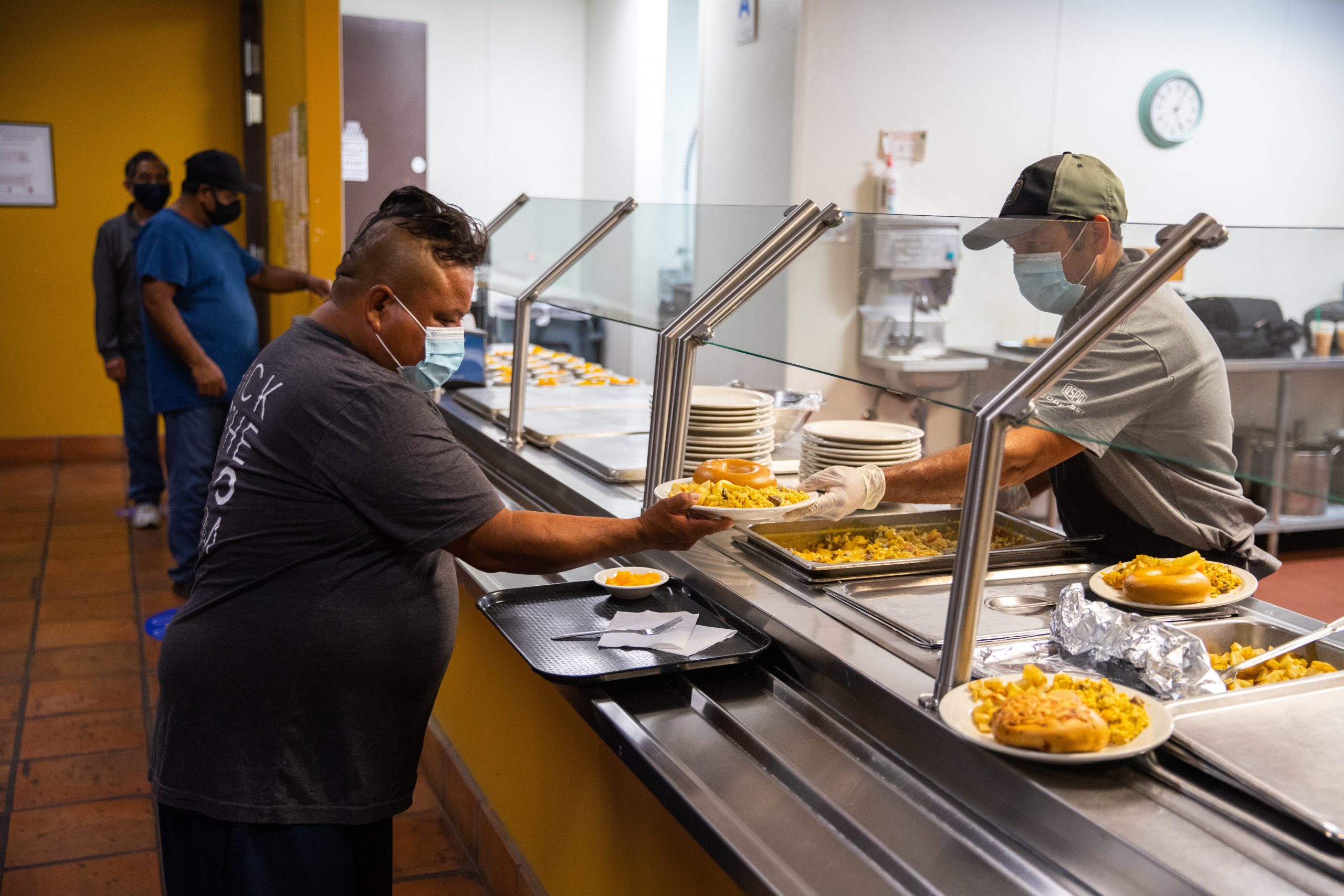